Q&A with Consultant and Author of new book on India-China ties, Mr. Saibal Dasgupta, on China-India relationship challenges and solutions

Q. Penguin recently announced your book on India-China ties, RUNNING WITH THE DRAGON. How do you see the state of the bilateral relationship between China and India right now? What are the achievements and challenges?

A. India and China are yet to completely work out how to deal with each other. Many people think the border dispute is the biggest hurdle in the relationship, and once that is resolved, all the other knots will open up. But we now know that is not the case. It’s more complicated, just like couples would describe a bitter-sweet relationship.

There have been some positives. In terms of foreign policy, the knowledge gap – one of the major hurdles – is shrinking. The recent informal meeting between Prime Minister Narendra Modi and Chinese President Xi Jinping, the second one since last year, contributed towards it. But subsequent events showed the relationship is undergoing a series of tests. For instance, how would India deal with massive Chinese investments in connectivity infrastructure in bordering Nepal? The Indian government has supplied no answer as yet.

Q. In economic ties, what are the Chinese looking for in India, beyond exporting to its 1-trillion plus consumer market? How can investment ties be scaled up further?

A. For years, India has been ranting about China’s refusal to buy Indian goods while its companies are dumping their goods. India’s trade deficit with China reached a record high of ~$58 billion in 2018. We do not yet seem to have a clear plan to overcome this challenge. The only effective action has been New Delhi’s decision to hike import duties on the import of mobile phone parts and some electronic goods because this forced the likes of Xiaomi to invest heavily in manufacturing in India.

There are signs that China will start buying low-cost Indian medicines because there is a hue and cry amongst Chinese patients unable to afford expensive drugs imported from the western countries. But Beijing is tempting Indian negotiators in order to extract concessions in other areas. This is going to be a test of our negotiation skills.

From what I have seen during my long stint in China, Indian officials are not particularly good at negotiations on business issues. This needs to improve

Chinese officials are closely connected with their business and industry sector because of their Communist Party acting as a connector. We have a disadvantage because business and government in India often rarely work together.

Q. You have spent 14 years as The Times of India Correspondent in Beijing. Do you see India and China deepening their security engagement, or would India align even more closely with the Quad instead, as part of its Indo-Pacific security strategy?

A. Aligning with the Quad has raised India’s prestige in China. This is precisely because Beijing does not like such overtures at a time when it is having a difficult time dealing with the US and even with Australia. Moreover, the fourth Quad partner, Japan, is a long-term rival of China.

In effect, the External Affairs Minister Mr. S. Jaishankar, who has worked as an envoy in the US, Japan and China, is playing a delicate balancing act. Each of these actors must get the impression that India has more cards in its hands than it is showing.

At the same time, it is essential to conduct the confidence-building activity between the militaries of India and China to avoid another border stand-off like the Doklam episode of 2017. Of course, there are limits to which these exercises can go on with Pakistan trying to pull China in the opposite direction, and the Kashmir issue becoming a new friction point in the Sino-Indian relationship.

Add to this, the possibility of the Chinese aircraft carrier visiting the Indian Ocean, China is looking for a possible base in that region and enhance its surveillance activities. A crucial issue is how India can win back some of the goodwill that it has lost in Sri Lanka, especially at a time when China is funding major projects in Colombo.

Q. In climate change and sustainability, China has done some work in terms of its urban issues. What can India learn from China’s experiences in this area?

A. Oh, there is a lot to learn. I think we should stop looking at New Delhi when it comes to adopting international best practices and the role of city and state governments.

A lot of advance thinking in the field of environment management is being done by the city governments of Beijing, Shanghai, Dalian, Guangzhou and Shenzhen. They are also incubators of high-tech and green industries

We have seen the Delhi government showing some initiatives. But it has failed to deal with 50-feet high mountains of garbage on the city’s outskirts which also happen to be residential areas. Much of the work of recycling is still done on pilot-basis instead of taking up major plans.

India and China have signed agreements on something called the Sister-City plan. For instance, Kolkata has a sister city in Guangzhou. Actually, most Indian cities have a sister somewhere in the world, including in the European counties. But Indian municipal and state governments have shown little yearning to learn; they think they know it all.

Q. The Pakistan factor is a constant overhang in China-India relations. How does China really view India, rhetoric aside?

A. The Article 370 decision on Kashmir was taken as a means to checkmate Chinese and Pakistani strategies on the diplomatic and military plane. Many Indian commentators have looked at the decision from the purely domestic viewpoint, and missed the woods for the trees.

Let me elaborate on this point. Chinese people respect India for its culture. But the Chinese government is worried India can challenge it on both economic and political plane. It is doing what it can to fortify itself in political, military and economic terms against all challengers, which include the US, Japan and India.

Pakistan offers a good opportunity for China to implement some of its foreign policy objectives. I think the Modi government has reached a point where it is accepting this reality and moving forward 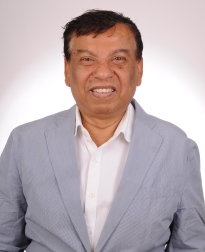 Q. How do you see the current trade developments between the USA and China affecting India?

A. We need to ask: do we know what would be the Trump administration’s trade policy one year down the line, and what if there is a win-win deal between the US and China?

There may be some advantages emerging out of the US-China trade war but it has limited utility.

We have limited capability and may find it difficult to compete with Vietnam, which is attracting most of the investments migrating out of China.

The finance minister’s announcement about attracting such investments was a little too hasty on two counts: It was tactless in diplomatic terms, and it’s best not to warn your rivals about how you will challenge them.

Click here to read more about “Running with the Dragon: How India should do business with China”

Be Social with us